The writer's life isn't just about creating books, it's expressing your voice using different creative forms and making your audience feel something.

Disclosure: Some of the links in this post are "affiliate links." This means we may garner a small commission at no cost to you if you choose to make a purchase. Read our Disclaimer Notice for more information

On Writing by Stephen King is one of the best out there!

He may “put his pants on one leg at at time like everyone else,” but let’s face it… he is a hero to novice and experienced writers alike.

The 10th anniversary edition of his book is part memoir and part King’s philosophy on what writing is, how he does it, and a small dose of old fashioned common sense.

King just says it in an entertaining way

On Writing provides a small glimpse into Stephen King’s writing life and tells how he got his start. It contains writing tips such as: reading makes a good writer, writing is about mastering vocabulary and grammar, consider what ifs, get the story written first. (Then handle rewrites after.) Much of this has been said in other books; King just says it in an entertaining way.

Some have read it multiple times

Aspiring writers have put off writing because they lack confidence in the rules. Reading this book is a good start to overcoming that obstacle. In fact, many readers have commented they come back to this book over and over again. It is not unusual to hear people say they read it multiple times until they mastered the concepts.

On Writing is one way to learn from the best

The adage, “To be the best you need to learn from the best” is certainly applicable to learning from Stephen King.  He is the author of more than fifty books, all of them widely successful. His books have won awards such as the Los Angeles Times Book Prize, Best Hardcover Book Award,  the World Fantasy Award, and so many others. Without a doubt he is one of the best storytellers around. You can not go wrong taking writing advice from the “King.”

This site uses Akismet to reduce spam. Learn how your comment data is processed.

Sign up to receive email updates and to hear what's new with us!

Word of the Day 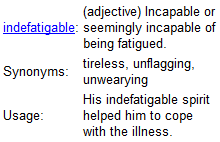 Word of the Day
provided by TheFreeDictionary.com
Quote of the Day 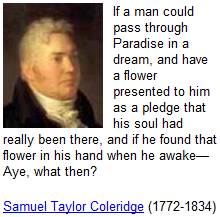 Quote of the Day
provided by TheFreeDictionary.com
Article of the Day

Article of the Day
provided by TheFreeDictionary.com
This Day in History

This Day in History
provided by TheFreeDictionary.com We use cookies to ensure that we give you the best experience on our website. If you continue to use this site we will assume that you are happy with it. Privacy policyOkNo